With Cambodia hailed as one of the hottest travel destinations for 2018, now is the time to plot a trip to this southeast Asian region rich in culture and heritage.  Today, the provinces of Kep and Kampot – each a 2.5 to three-hour drive from Phnom Penh – are as yet untouched by tourists, with wide, winding roads and charismatic crumbling villas.  Kep seafront has a long promenade punctuated by statues, where vendors line up the waterfront at the crab market nearby.  Beyond the town, the enticing coastal region is home to rural countryside revealing rivers, lakes, islands, caves, pagodas, plantations, pepper farms and mangroves.  The colonial town of Kampot, located along the Praek Tuek Chhu river only one hour away from Kep, retains a certain charm and character that has a laidback, bohemian feel.  Travellers are taken by the enchanting streets, where some of the best and last remaining unspoilt colonial architecture in the country remains 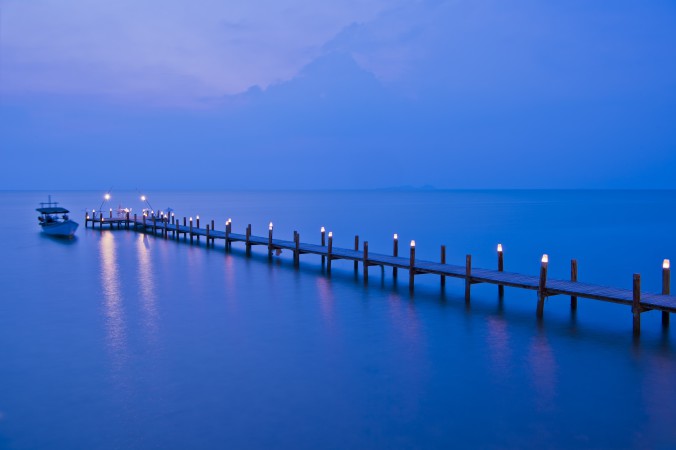 AN HISTORIC COASTAL REGION, SHOWCASING THE RURAL HINTERLAND OF CAMBODIA 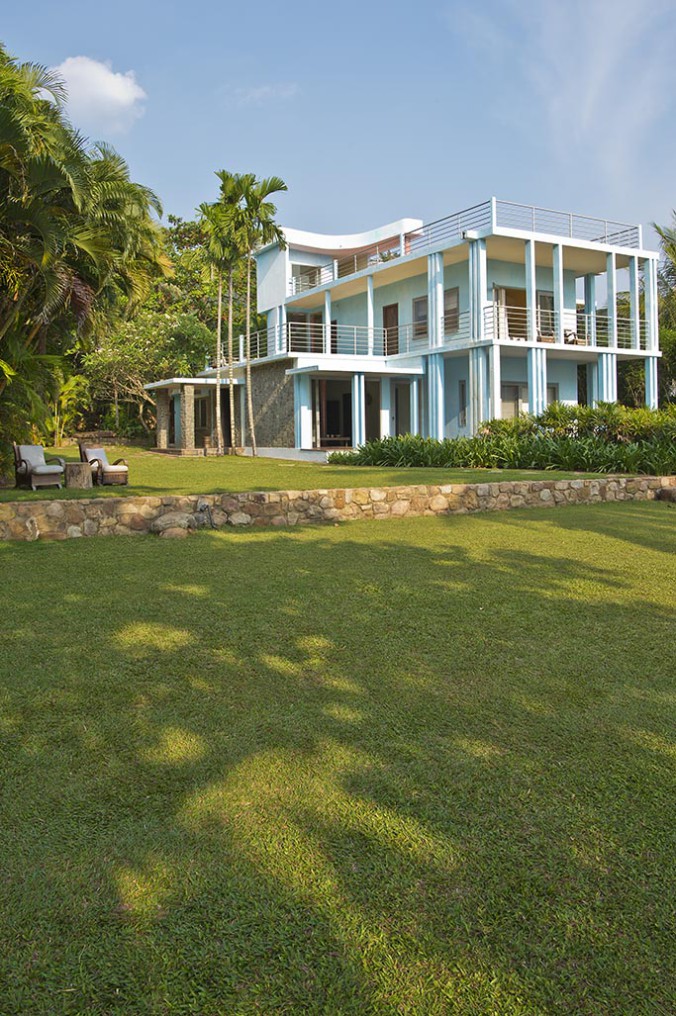 Kep and Kampot avoid all of Cambodia’s tourist traps, and are some of the last remaining hidden gems on Cambodia’s south coast.  Boutique retreat Knai Bang Chatt is the perfect base from which to explore the undiscovered coastal town of Kep, as well as nearby Kampot, and discover the ‘real Cambodia’ of today through authentic cultural destination experiences in the National Park and the surrounding region. 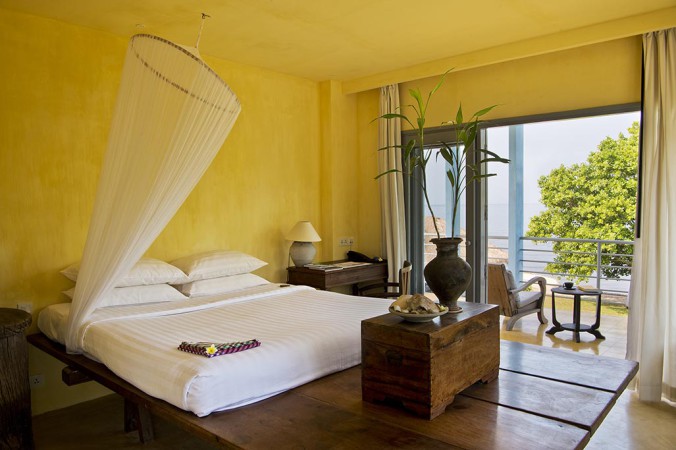 The destination truly offers visitors a picturesque, peaceful holiday experience.  Known at the turn of the century as ‘Kep Sur Mer’ – an exclusive seaside getaway for the colonial French elite – in the 1950s during the Golden Age of Cambodia, Kep was a popular holiday and residential destination for rich Khmers overlooking the Gulf of Thailand against the backdrop of green-forested mountains.  Today, destination experiences include the ‘Kep Discovery Tour’, taking guests to visit abandoned colonial villas, to dine at renowned local crab shacks, to see hillside temples and the iconic Siren of the Sea statue on Kep Beach. 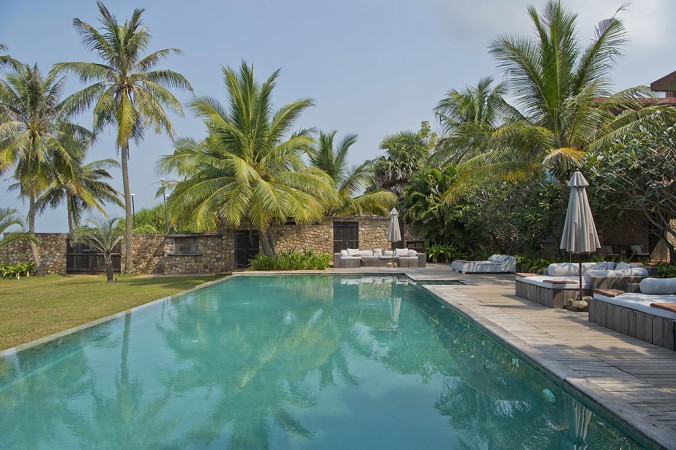 Adventurous spirits can also visit the mystical Bokor Mountain and Bokor National Park in Kampot – where wild animals are said to roam the mountain. – as well as try their hand at working on a pepper farm.  Further excursions take in traditional Khmer villages, rice paddies, the secluded island of Koh Tonsay and the caves of Phnom Chhnork known for their pre-Angkorian carvings.  Alternatively, explorers can head inland to explore the undeveloped oasis of Kep National Park, which covers 50km² of low-land tropical forest and offers beautiful views down towards the coast.All these experiences can be arranged by the Discovery Centre of Knai Bang Chatt.

EXPLORING THE ‘CAMBODIAN RIVIERA’ BY LAND AND SEA 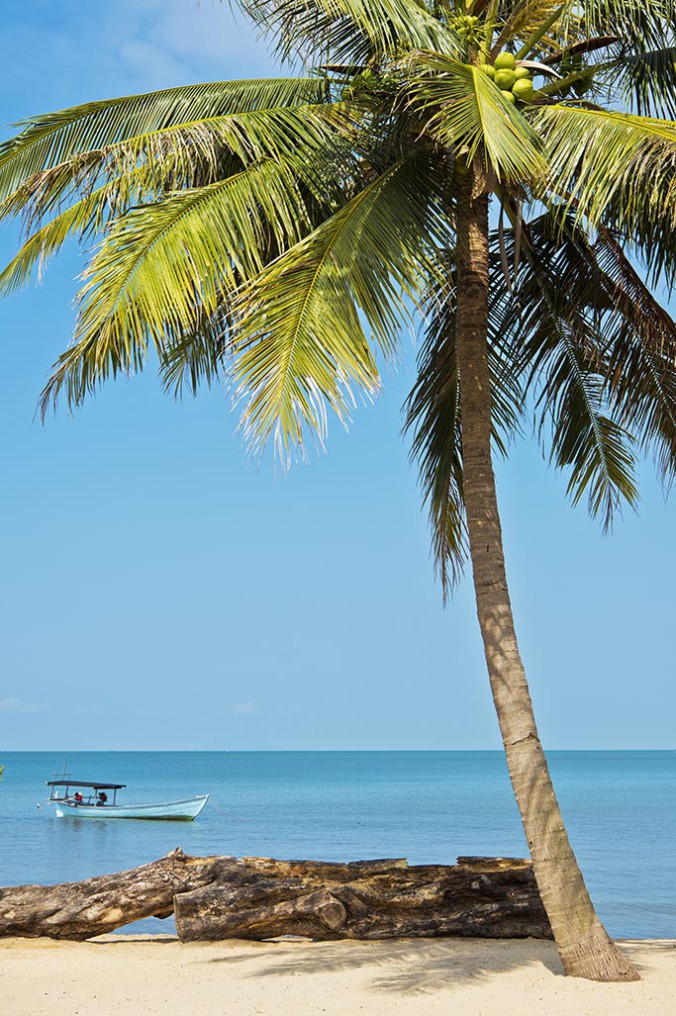 The recently-opened Knai Bang Chatt Kep Sailing Club is a hub of activity for locals and guests alike and has been recently inaugurated as Cambodia’s first member of the National Sailing Federation.  It offers beginner and intermediate courses run by fully trained local instructors, using state-of-the-art Optimist, Hobie Wave and Hobiecat sailing boats, while kayaking and windsurfing is also available.  Sunsets are spectacular in Kep, and the best way to view them is from the hotel’s converted fishing boat as part of a sunset cruise. 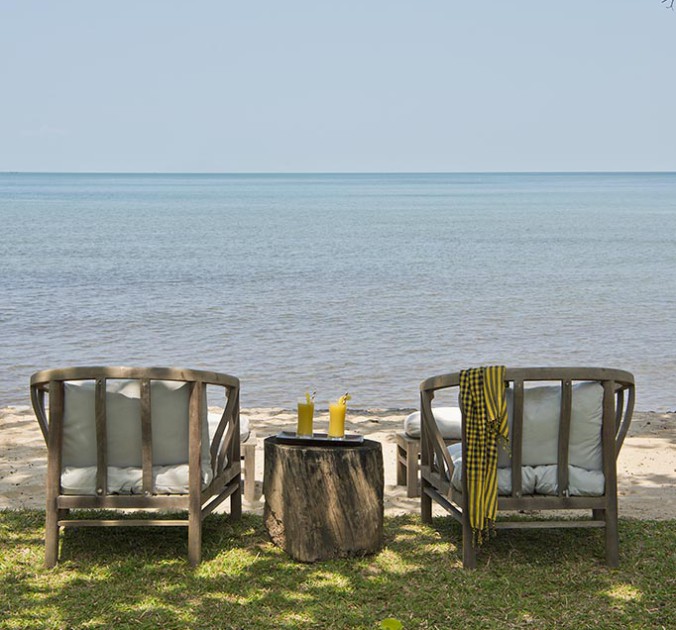 Exclusive to guests of Knai Bang Chatt is a visit to Kep’s first national marine park – the Koh Karang Marine National Park Project – a one-hectare island, which is a joint initiative between Knai Bang Chatt and the Ministry of Tourism.  In addition, the Discovery Centre at Knai Bang Chatt has curated an extensive range of activities and tours to explore Kep and Kampot’s ancient and local history, interspersed with areas of outstanding natural beauty. 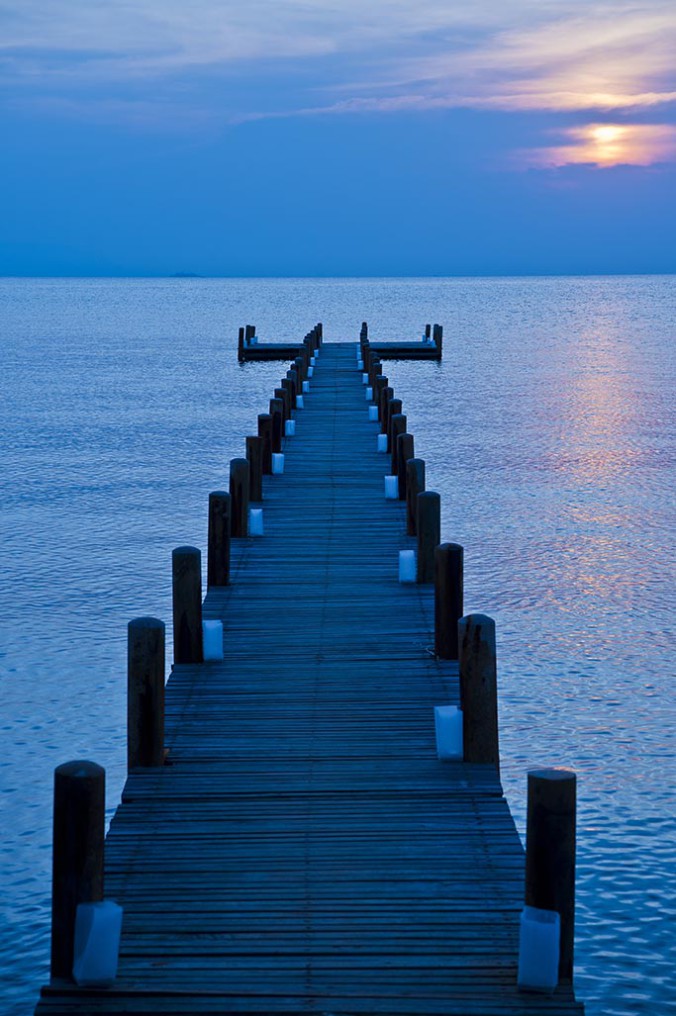 Expert guides are on hand to peel back glimpses of the country’s past.  The lush jungle and limestone mountains are home to secret hidden caves and Buddhist shrines, where guests can discover the ‘Secret Lake’ built by hand during the Khmer Rouge regime.  Out at sea, there is an opportunity to join in traditional Cambodian fishing or island hop across the Kep archipelago, which offers fantastic snorkelling.  The centre of Kampot town on the other hand, where the old market is located that has now been transformed into a collection of small streets, is ideal for pleasant walks, leisurely bike rides, and is a photographers’ gold mine. 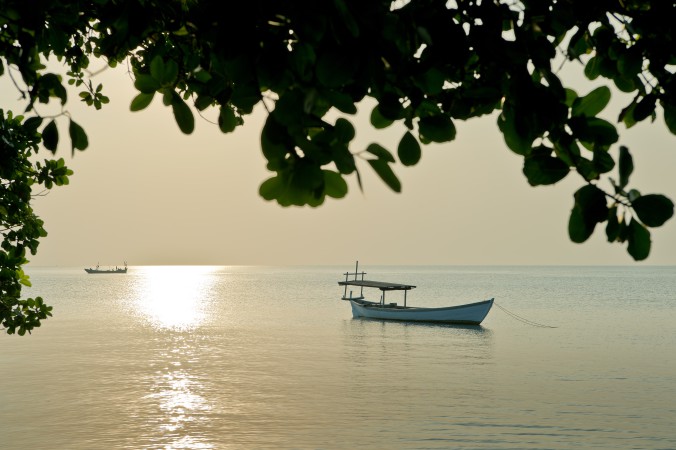 Travellers who thirst for something even more off the beaten track, can venture out of town on a boat trip down the River Kampot, where they are treated to views down the stunning wide river lined with lush tropical forests and durian plantations – it feels like time has stopped, as wanderers enter an area that has been untouched and unexplored.

FIRE, SPICE, AND ALL THINGS NICE 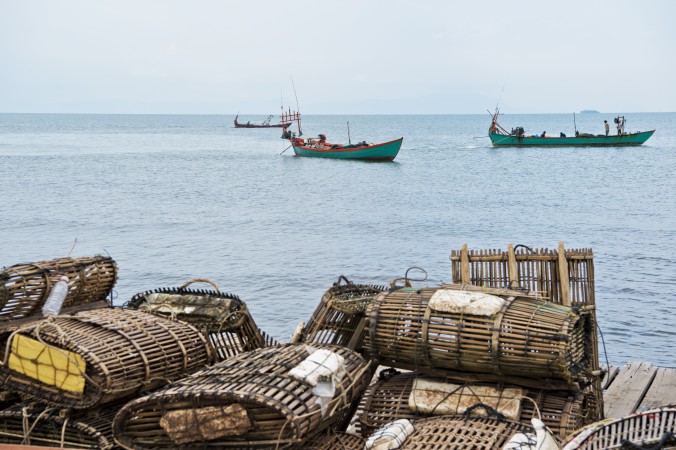 Kampot is probably best known for its pepper – known even fact as the best pepper in the world – as the climate of the province offers perfect conditions for growing pepper, and the quartz content of the soil in the foothills of the Elephant Mountains helps to give its unique terroir.  Kampot pepper has an almost sweet aromatic flavour, that has made it earn the accolades is so deserves.  The famous dish of nearby Kep is stir fried crab with Kampot green peppercorns – an absolute taste sensation as the green peppercorns are so flavoursome, foodies can actually eat them whole – as well as pan-friend squid at the crab market. 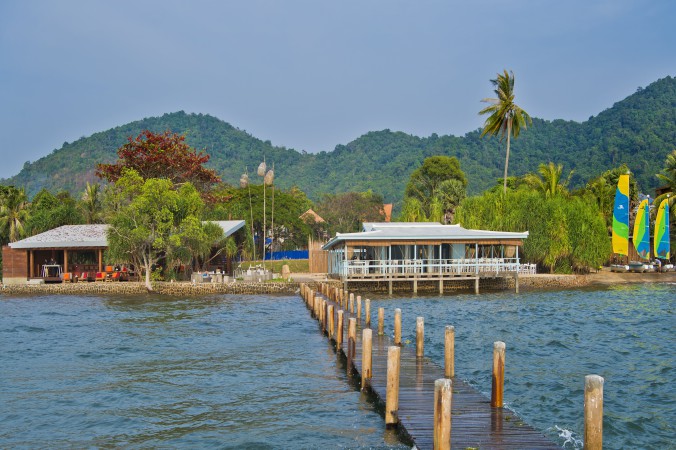 Knowledge of pepper cultivation and production has been passed down through the generations since at least, the 13th century.  In the 1960s, there were still one million pepper poles in Kampot, producing around 1,000 tonnes each year, however with production severely affected by the Cambodian civil war, this halted until the early 2000s.  Since then, international demand for Kampot pepper has risen, and there are still a number of spectacular pepper farms located on the outskirts of Kampot which offer an insight into the agriculture and cultivation of the spice for visitors. 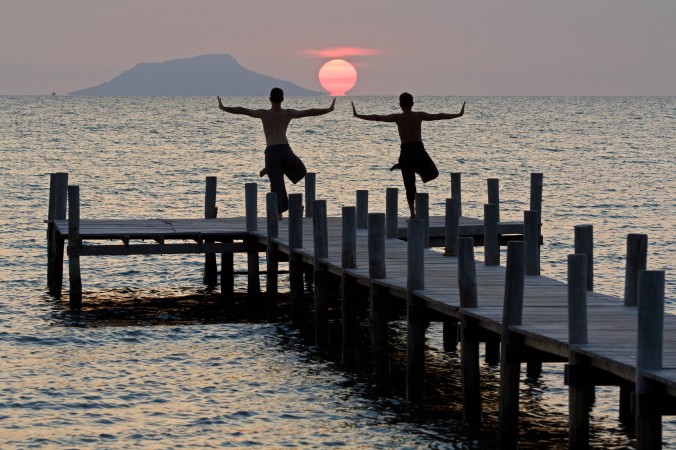 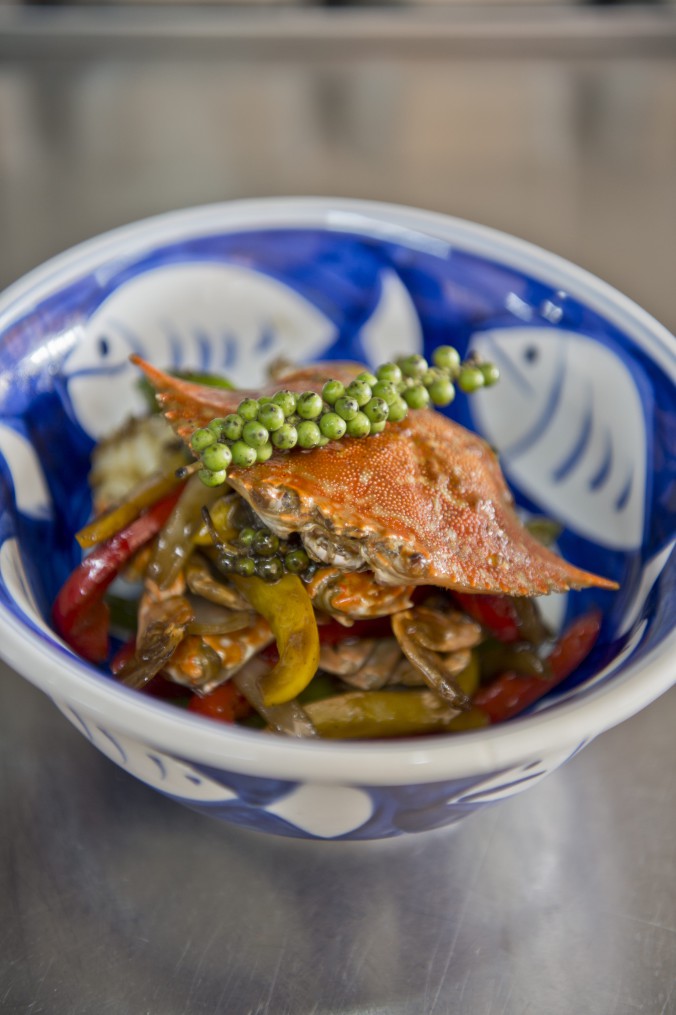 Kep celebrates local seaside fare and fiery pepper, for which the region is famed.  Guests can take private cooking lessons at Knai Bang Chatt to learn the art of traditional Khmer cooking and indulge in two on-site restaurants.  The Strand is the signature restaurant and is open for breakfast, lunch and dinner offering two fine dining locations close to the sea: an open-air seafront restaurant, as well as an in-house dining pavilion on top of the kitchen. 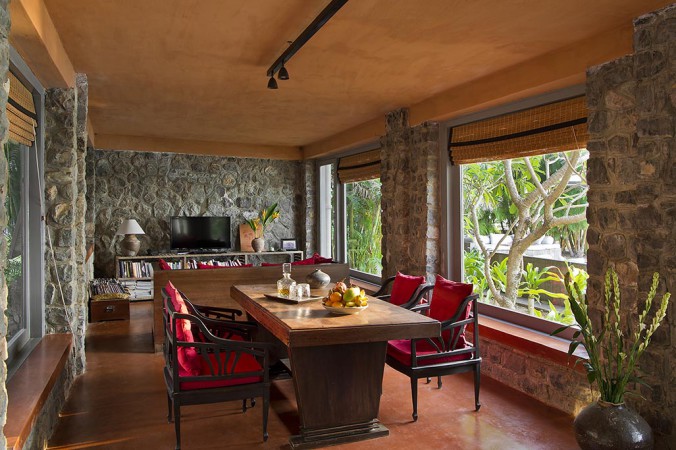 The Sailing Club Restaurant and Bar is housed in a former fishermen’s cottage offering an informal setting to enjoy cocktails and an extensive menu of local seafood dishes and Western comfort food.  The Lounge is a laidback area for drinks and live music, styled in a retro ‘60s design, and appointed with handmade furniture. 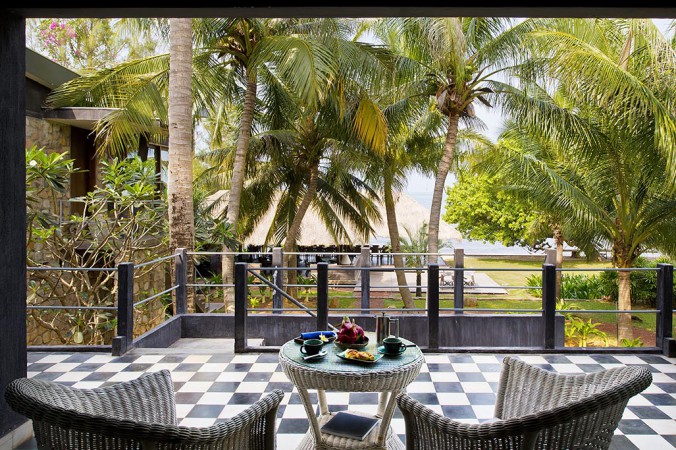 The Lounge is open from 16:00 onwards daily, and is Kep’s only after dinner drinks venue, serving small plates and tasty snacks such as spicy Bang Bang chicken, duck prosciutto, eggplant and croquettes.  Nearby Kampot, a short 30-minute drive away, is fast becoming known as the food capital of Cambodia and is home to an excellent range of restaurants offering some of the world’s finest cuisines.  Local favourites includeRikitikitavi, for a royal Cambodian curry and superb bistro-style food; The Fish Market, for dining with spectacular river views; and Ecran Noodle and Dumpling House – the name says it all.